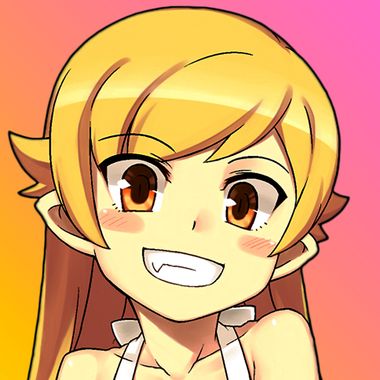 Pedy
By proceeding, you confirm that you are
at least 18 years of age.
Yes, I choose to proceed
Cancel
Cancel

My current projects can be viewed here: https://gitgud.io/Pedy
Doujinshi: https://e-hentai.org/uploader/vinowencel

eratohoReverse (Translation complete, 12/27 dialogue): A game set in Touhou universe where you take the role of an (un)fortunate person who just got spirited away for monsters taking form of cute and attractive girls, Youkai, to enjoy themselves with. Will you make it out alive, or succumb to the desire? It depends on you.
Latest version is always available Here
Game has been extensively modified to improve the gameplay aspect. It is also fully translated interface-wise and the focus is to translate the rest of character dialogue and adding new gameplay features.

eraSQN (~60% text, 1 dialogue out of many): A game set in SuccubusQuest universe filled with Nightmares: humans and beings corrupted under the influence of lewd demons. Your task is to conquer them with the prowess of your will, body and wit.
Latest version is always available Here
Game has tons of flavor text as well as character dialogue, increasing the difficulty of the translation.
Has been suspended for nearly a year, currently is the main focus.
Priorities are as follows: Interface translation, bug fixes, new features/code revamp, dialogue translation.

eraSumireTeru (~95% translated, since 2017, publicly available HERE: Game set in Saki universe, I've been told multiple times that it's the best H-game people ever played due to its training progression and character development. However it is incomplete translation-wise in my opinion. All it needs is some finishing touches, bug fixes and massive proofreading work.

eraMeiQGaiden (~60% text, since 2018): Game set in Etrian Odyssey universe, having both advanced training and character growth aspects. Dungeon crawling wise it is incomplete however. The translation covers almost all interface and some of the events, however it is suspended for the lack of current interest.

eraGvT (~60% text, since 2018): Game where you create a party of magical girls or boys to fight against the tentacle menace and save the world. Has been modified extensively and almost ready for a release, however needs last bit of polishing.

eratohoYMAEM: The most advanced training simulator set in Touhou universe as the name implies. Has many many actions, events and character speech, and massive amount of text to work with. It will require full amount of attention.

eratohoJ+: Set in Touhou universe, this is a game where you solve the next incident with your partner, help them grow and as a bonus, build relationship with. Has many features, a lot of character dialogue, but needs major code revamp due to its age and bad coding practices.

eratohoSB: Set in Touhou universe, this is a game where you fight through the gauntlet of Touhou characters in a sexual battle, and whoever manages to make their partner succum to pleasure first wins. Pretty short game, but has its fan aspect. Might do this one first.

erAV: A game where you train and develop your own Adult Video star. There's a wide variety of all possible archetypes you can choose from, as well as the challenge mode with specific requests that's unlocked after you finish the game. A lot of new features and character dialogue is planned for it.

It's been a long while since my last post, so here we go again. After taking some massive breaks in the winter/spring and taking a long while working on some dialogue translation and general research, here's what I have in store for you.

For anyone's interested, here's the progress report for this month.
SQN proves to be a slow, but steady work. Hopefully release will be ready before the new year.
Also, there's a dialogue coming for eraTohoK. Stay tuned.

Todo for the next public release:

For anyone's interested, here's the progress report for this month:

Todo for the next public release:

Work on eraSQ is resumed!

Thanks to the commission, the work on eraSQ will be now continued.
The goals are to improve the current translation, fix all reported bugs and translate action descriptions (as requested).