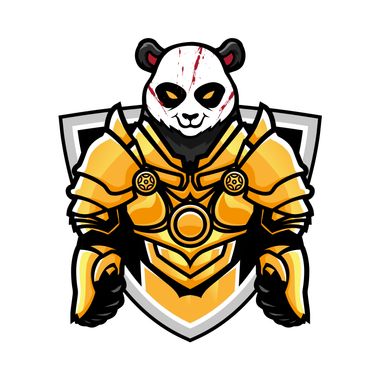 PandalinStudios
By proceeding, you confirm that you are
at least 18 years of age.
Yes, I choose to proceed
Cancel
Cancel

18+
PandalinStudios
Pandalin Studios is composed of 2 AVN consumers who decided to get on board with the fun !We are making a cool game, revolving around the music business !
Avn
Subscribe
Send Message

To show your support for the upcoming game !

While everyone gets EP.0, you won't get access to the updates when EP.1 comes out, though.

You'll get access to my posts, votes in polls.

Producers will have access to my practice render bank, on demand. Fun renders, Sexy renders, even a few animations. None will be featured in the game though.

Plus all benefits from lower pledges

Label Owners will get a vote in the poll to select a girl each month, who will get her set of renders. Those will be 4k renders, with a theme, and will feature the selected girl, plus sometimes another as bonus. You'll also get your name in the Credits, as a little token of our appreciation. Plus all benefits from lower pledges ( and images without watermark ) and a custom discord role and color for you to stand out !

For people who want more involvement ! Includes all rewards from previous tiers. This tier also gets you the possibility to play the game before anyone else, as a BETA TESTER and PROOFREADER, granting you access on discord to those specific rooms ! Your review will allow us to correct what went wrong, and you'll of course be getting a special thanks in the credits of the game ! You'll also get access to the creation streams, if you're interested in the process, but you won't have a say in the character creation.

Limited (0 out of 10) subscriptions
Autotune
Unlock
$100
per month

This tier has been created to give YOU an opportunity to be a part of the creation process ! We will work together on making characters for the game, some with more presence than others, but there are a few to be made. ( 4, off the top of my head, one significantly more important than the 3 others )

I'll offer you the possibility to do a video stream on Discord where we can discuss the characters, and you can see the process live ! Of course, that allows you to all previous rewards !

Some weeks are slower than others !

PandalinStudios
Public post
Hello fellow creeps,
The time has come.
As scheduled it is time and we have something for all of you.
Below you will find a download link for Episode 0 of our first RenPy AVN, SC4LES!
We hope you enjoy the teaser and will join us for the future of our adventures.
This prologue is available to everyone, even non-supporters.
From now on new episodes will be made available to supporters only, starting at the $5 tier.
We welcome all feedback about our first episode, keep in mind that three months ago we hadn't even touched the idea of creating an AVN.

How effective is it ?
As you know, he's a good producer, got his big break quite some time ago when he discovered an artist and giving him a chance where no one else was believing in him.
He also had the chance that his current boss trusted his guts, that made everything possible.
I won't spoil too much about him, lots to discover in game !
But you know he's married to Scyllia, loves tattoos, and can hold his own in a fight. His musical background is wide and he can play a bunch of instruments, with a preference for the drums, for the release it brings him. On the other hand, he can't sing AT ALL !

PandalinStudios
Public post
Jen is daddy's spoiled brat, loves to party, and takes VERY good care of her appearance !
She's also a very talented singer, and wants to be a STAR !

PandalinStudios
Public post
Katherine ( Kat, for short... actually don't call her Katherine, she hates that. ) is Scyllia's twin sister.
However, their personalities are definitely NOT the same !
Kat loves the outdoors, adventures, partying, and is addicted to shoes !

PandalinStudios
Public post
This is Scyllia.
She is the MC's wife and works as a Senior Accountant in a big firm.
She likes the good stuff, fancy wine, and yoga in the morning.

On this post, you can find a few pictures of Sasha, her first photoshoot, it was very hard for her to undres,  be nice to her !
Sasha is a young and shy girl who loves to sing, and sitting in the park to look at people passing by, wondering what they're thinking !
See something you like? Subscribe to see even more!
Subscribe Now
The subscription gives you: