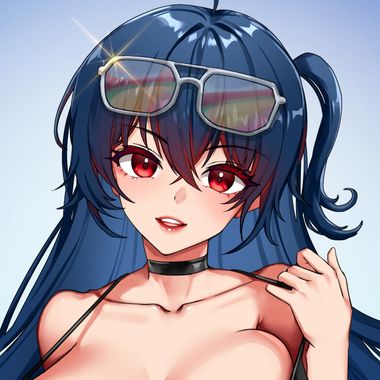 FoxyRain
By proceeding, you confirm that you are
at least 18 years of age.
Yes, I choose to proceed
Cancel
Cancel

Hello! My name is FoxyRain and welcome to my SubscribeStar!

We really do live in a good era where technology has come so far to allow people to communicate, share ideas with one another and portray their passion of art digitally across the world through internet. I've seen so many artists on Patreon that it took me such a long time before mustering up the courage to challenge myself on this stage.

Art has been a very old friend of mine. At times it was my only source of salvation from the various problems in my life and it would bring joy to friends whenever I would draw for them. My biggest regret was giving up on it and a part of my life with it because of the ever growing life problems that forced me to make hard choices.

I don't think I would have drawn again had nobody reached out to me and asked me to draw for them, giving me the confidence to stand up again and draw with a passion because someone out there is happy to see a new illustration from me.

Thank you so much for supporting me. Your support gives me the courage and confidence to try again at embracing art. I aim to outperform every time I hold the stylus.

♥ Tip Jar ★ Access to Discord with a special role

★ All of the tier ABOVE and...
☆ Monthly Lewd Character Votes [2 Votes]

★ A big thank you for supporting me!

Okay, so I intended on no more collabs for a while [unless it's with animators] but life is just full of chocolate boxes containing mystery surprises and so are boxes containing fellow NSFW artists that want an art trade. First SoGoGiStew and Ioemi, now Tamada Heijun joins the list of Artists who drew my OC in return for an art.

Did I mention I have another collab with Ioemi coming up...? >.> I seriously need to hire a secretary that will manage my schedules better than I can. But I got the chance to draw this busty dimensional succubus as a result of the trade, art for art.

There really isn't too much lore to speak of yet aside from the brief tidbits I heard being mentioned by Heijun on stream earlier. Sakyuuba is a dimensional succubus soldier who fought the "dark?" as a frontline soldier armed with an antimaterial rifle at her side blasting enemy heads open with every shot. One day she encounters a rift and ends up in our world to become a sexy English teacher at a boys-only Highschool full of promiscuous delinquents that wants a piece of her.

Speaking of lore... I should probably start thinking up one as well for Sister (Foxy)Reine (My OC) which was drawn today by Heijun. I was going to post Sister Reine right after this post but I think I'll hold off on that and think a little bit about the lore before posting her. I'd like to add a bit of a backstory, maybe...

Tamaki is the winner for this month! And yet again Samus is a close second... it almost feels like she's becoming a meme, though I could have sworn she was taking the lead on the first day. But if there's anything that the polls have taught me, things do tend to turn around on the second day since some people take their time to chose who to vote for.

I was told some people like to take a day to actually look up the character to see who they want to vote for, not just based on their looks though I'm sure their appearance plays a big role in deciding who they want to see lewded.

I've been following Fire Force ever since the anime started airing and since then I've been catching up with the manga... though at some point I just lost interest because it was getting awfully complicated with the world-building. I think if I had to pick a favorite character, I would say it would have been Maki since she reminds me of another character I like ^ [Major Valmer from Jormungand]

Tamaki huh? Is it the Lucky Lecher thing? I often thought that trait would be seen as a hit or miss. I know some people love the ongoing [email protected] [Edit: notice how I used @ here? xD yeah...Patreon censorship. I'm curious to see what else they censored] comedy with her suddenly losing clothes while others find the phenomenon quite annoying, to say the least.

Though I could see the appeal of the latest stuff featured in the anime. Namely the Bikini Nun concept. It's not exactly a new thing but still quite amusing to see, I think the anime pulled it off pretty nicely.

And on another note... Setsuka had 0 votes. I actually don't remember seeing this character in Soul Calibur before. Though, I vaguely remember the game...as in the only character I played as was Sophitia or Taki, Li Long was a good character too since you can drive people to corner hells and knock them out with Li Long SIDEKICK.

State of the Art graphics I know. It was for its time.

I'm being sidetracked though. But I'm so hungry right now so... the words are escaping my mind and I'm unable to come up with more delightful and interesting things to say right now haha.

But having said that, let's hear it from some of you this time. If you find that there are no characters you recognize from the waifu polls, who do you end up voting for and why? I guess personal preference factor in greatly since you don't know any of the characters. Hmm... does that mean I'm indirectly asking what your personal preferences are for what counts as a Waifu?

I wonder what I'm going to do with Tamaki hmm... showing it to Alex (my animator friend), he seemed to be interested in playing with fire effects...

Well, we'll just have to see!